When it comes to bottles, size does matter 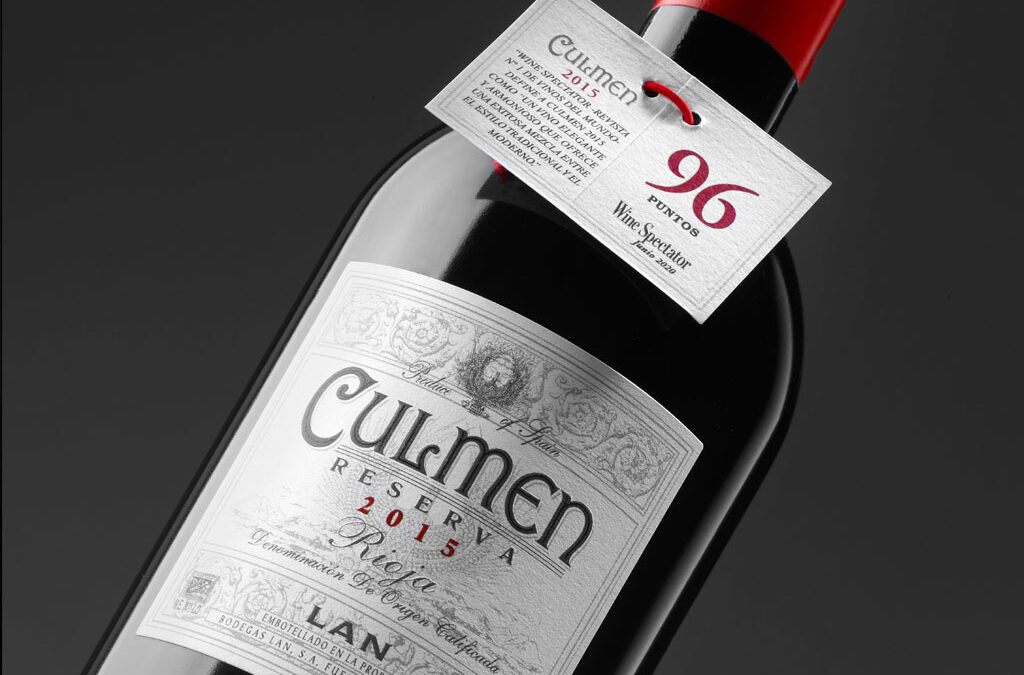 If there is a wine at Bodegas LAN which represents the maximum culmination of our know-how that is Culmen. A wine which is only made in vintages we consider to be extraordinary. An exclusive pleasure that with 2015 vintage reaches its ninth edition in our fifty years of history.

Culmen comes from selected vines in our vineyard, Viña Lanciano, in particular from “Pago El Rincón”, a small plot of barely 12 hectares, located at the foot of the El Rincón mountain. A terroir marked by its location, sheltered by the Cantabria Mountains and surrounded by the Ebro river which protect the vineyard from frost and the severities of the summer. It has very poor soils formed by alluvial pebbles, gravel and sand result of increases and decreases in the level of the Ebro river over the course of the years. In this poor soil, the old vines from 45 to 65 years are forced to bury their roots deep in search of nutrients and mineral salts.

Made with a selection of Tempranillo and Graciano, harvested by hand, Culmen is an example of an artisanal job beyond the vineyard. An exceptional wine to be enjoyed calmly which has been aged during 25 months in new French oak barrels from Tronçaise and Allier forests, followed by 22 months in the bottle.

Culmen is very suitable for red and game meats, as well as any other spiced recipes. Ideal to pair with dark chocolate desserts. A real gem for long meals with the best company or a great Christmas gift.

2015, a vintage with an extraordinary harvest

The vines from which Culmen comes live in extreme conditions and develop slow and with very low yields. In 2015, the Tempranillo production was limited to 2000 kg/ha and Graciano’s was 3400 Kg/ha. This vintage stood out for the extraordinary quality of the wines coming from colder areas in which the yields where limited such as Pago El Rincón.

After a favorable climate during the year, the beginning of the harvest in our vineyard “Viña Lanciano” was dry and sunny with mild temperatures which helped the right ripeness of the grapes with soft tannins and great complexity and aromatic intensity. According to our winemaker, Maria Barúa, in Culmen 2015 “ both red and black fruit stand out, as well as aromas from violet , nuances of lavender and a balsamic character”.

As a result of this attentive care, Culmen 2015, keeps achieving the recognition of the specialized critics. On June the wine was rated with 96 points by the highly acclaimed magazine Wine Spectator. A prelude culminated by the election of Culmen as the best Spanish wine in its October edition, where 600 wines were tasted by a panel of experts.

With the 97 points of Guia Gourmet and the 95 points received from the British critic Tim Atkin, Culmen Reserva 2015 honors its name being the maximum culmination of Bodegas LAN.

A recognition to a complete work which makes us proud and very grateful.