The people behind LAN: María Araus the voice of LAN

LAN and oak. A journey through winemaking 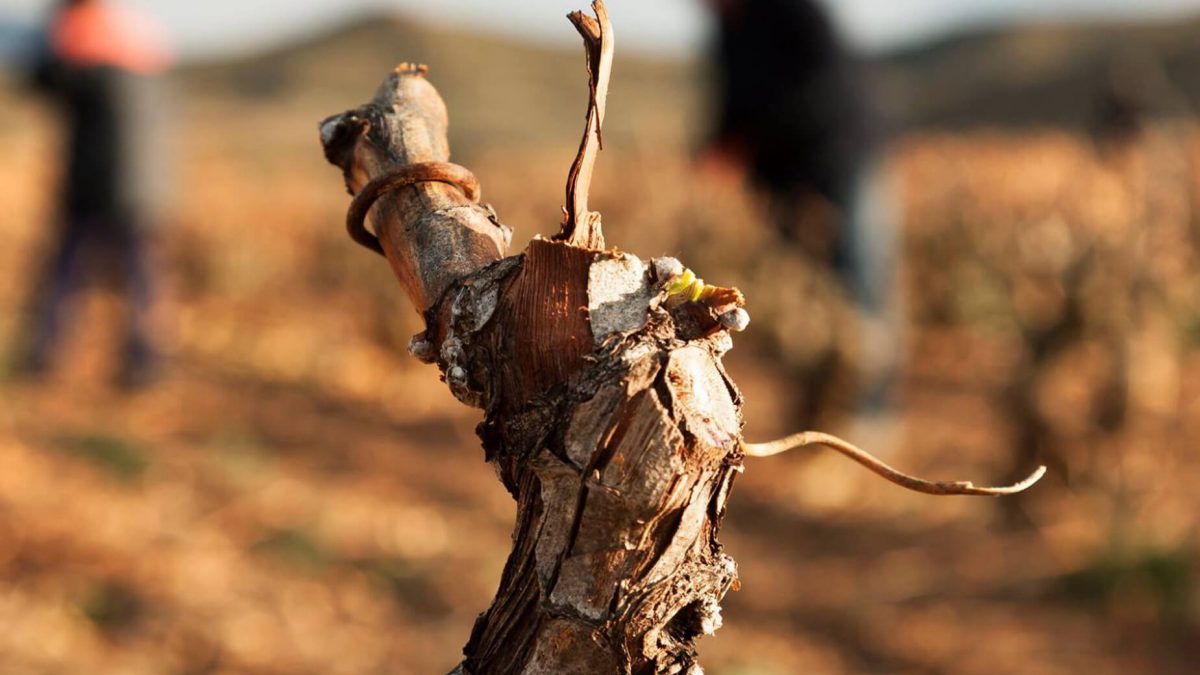 The vine is a plant that becomes dormant over the winter months. During this period, the vines look like they are sleeping and winter pruning takes place, reducing the length of the canes to create higher quality bunches in the future. But the clearest sign that the vine sap is starting to move up through the plant is what is called “el lloro” or “weeping” in Spanish, or “sap rise” in English, and shows that the vine growth cycle is starting again. A clear liquid called “lágrimas” or “tears” starts to emanate from the pruning cuts: hence the Spanish expression, “the vineyard is weeping.”

When does sap rise occur?

Depending on the climate, the vine’s resurgence – demonstrated by these “tears” – usually occurs in February or March. The soil temperature must reach 10 degrees centigrade for the sap to start to circulate and reach the plant’s extremities. In this way, the vine heals its wounds after pruning and naturally protects itself from potential attacks. The weeping takes places over the course of approximately a week. As the temperatures rise in spring, the vine will become covered in buds that lead the way to the next phase of the vegetative cycle: bud break.

Not all vine varieties “weep” at the same time

The exact moment when this phenomenon takes place depends on the vine itself and the nature of the work that takes place in the vineyard. Our Viña Lanciano vineyard enjoys an exceptional microclimate, protected from frost and winter extremes due to its location in a meander of the Ebro River. In addition, it is also dependent on the age of the plant, the younger it is, the sooner it will start to weep, and also the type of planting, pruning and when it takes place, as this incredible and magical natural phenomenon tends to be more intense the later the latter occurs.

The weeping of our vines is seen only superficially, as we protect pruning cuts with copper paint that helps them to heal and prevents fungi and other damaging bacteria from gaining entry.